You are not connected. Please login or register
5 posters

I've been having trouble writing for a while-- my creative class (used to be called Narrative) is now Global Issues. I came in thinking it was going to be creative-- I was wrong. We have to do a RESEARCH PROJECT. For a foundation of our choice. (Not that supporting foundations was a bad thing, just not what I wanted to do.) I dislike my teacher's teaching skills and have hardly been able to get inspiration.

But now, a ray of hope has shown through the heavens! Two song ideas!

1: Possibly called "The Hurting Cup". It's about a girl who gets beat up and bullied at school. She hates getting hurt and tries to stand up for herself. Everyday, she goes home and puts a drop of blood in a cup. She tells herself, when that cup is full, I won't have to be hurt anymore(she'll kill the bullies).

2. Possibly called "Heck's Gondola". It's about a girl with mirrors for eyes. She sails a gondola out into the sea and carries souls that have done wrong to Heck. (It's not heck, you know that, right? It's the other word. I just censored it. ;A;) When someone looks into her eyes, they see their fate/future, and when they are going to get taken away, they see nothing in her eyes.

Those are some ideas I got. ^^ Feel free to help me, if you want! :D
Alittleedgex 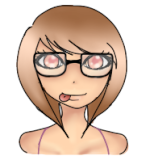 Oooh I would love to give it a try!
fukokun

Either--I'm probably going to have English lyrics, then translate them into Japanese. :D
Alittleedgex

Is there a max on how long the songs can be? Or how small?
fukokun

Alright here is my try at Heck's Gondola, I actually did two versions of this one of the girl's view, and this one. I will post the girl's view when I finish it up. o3o

Spoiler:
When she comes
the faint sound of the beating dumbs
calling for you

Okay! I'll be waiting! The first was really good! :D Might I make a few changes, if that's okay with you? ^^

I would try on the first song.:3
smeen

I'm still trying to write something for your first idea...
Hecate