Brief Physical Description:Dark skin, long black hair on the side/ front, short and spiked in the back. Very light green eyes that may be depicted as flashing relevant programming language, UTAU piano roll interface, or good old regular eye appearance. Green circuit-board inspired skin markings. Headphones with altered "on" symbol; each headphone has three rectilinear feathers that descend in size. He wears a circuit-board kilt that he uses to control his voice as he sings (explanation for gender flags and octave differences). Wears dark green leggings with large white boots.
Personality: He is generally expressionless, rendering him neutral in any situation. He doesn't speak unless spoken to, and he's a man of few words, often times giving the impression that he's a cold individual. In fact, he is loving and kind and is always there when he's needed. Although he might... not... express... it...
History/Backstory: He was the oracle of a cybernetic tribe but was expelled for questioning the gods. As a child, he was discouraged to feel any emotion so that it would be easy to utilize him for any situation like negotiation and channeling spirits. He now has no set of emotions so that you (the user) may do as you wish of him.

Voicebank Link: Here!
Wikia Entry Link: I don't know how to make one..

Try making him sing in his native tongue of Spanish! o:

Byakkoya no Musume saaaample with Daatura
Mature voice (G+20, octave lower. It's how I roll.) 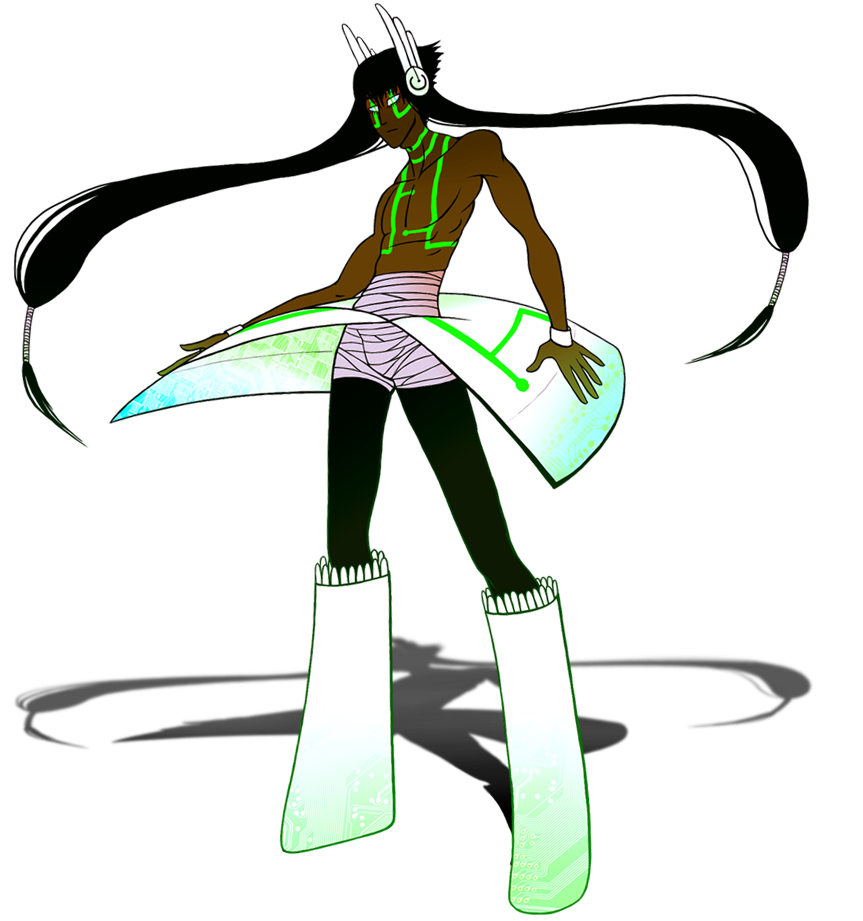