This will host any art involving my Webcomic, Black Light. :D 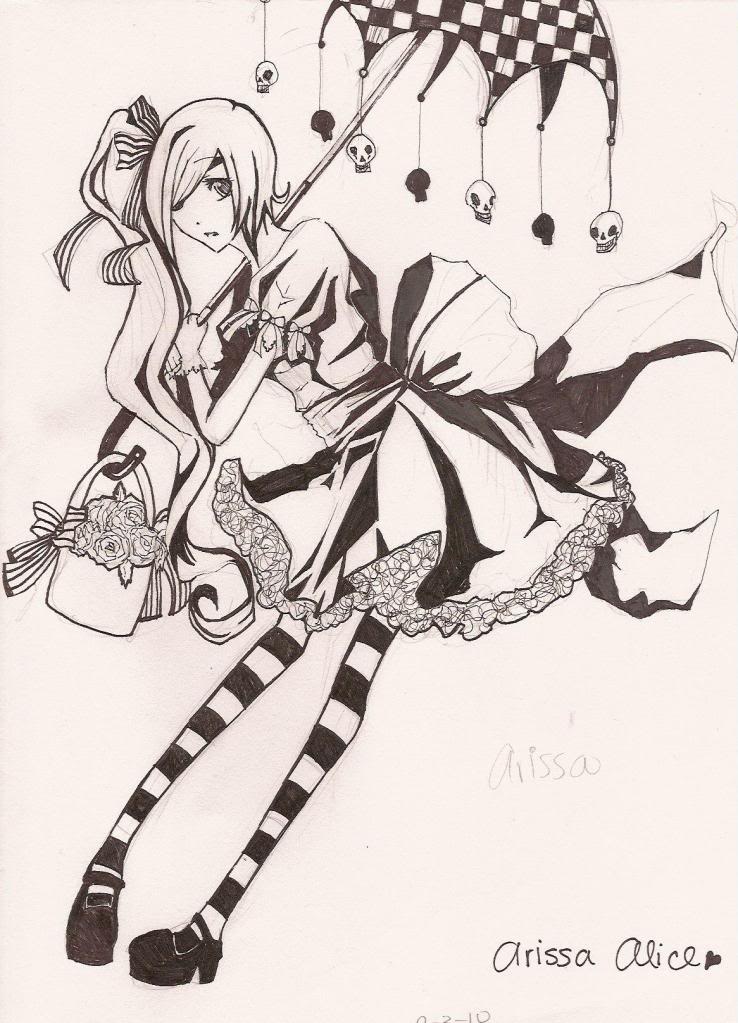 (I actually thought of this name before Lullaby-San changed her name... when she did I was like: "Wow. ouo"
Don't ever leave me alone in an office full of dead pens and a pencil. Boredom takes over and amounts to this. I killed those pens, I KILLED THEM DEAD.

..And I'm not even satisfied with the inking. ono;
The pencil I was left with was one of those stale no.2 ones with the rock-hard erasers so you can still see the pencil lines. I didn't edit it digitally since.. I.. Am a n00b and don't know how (translation: Too lazy to do it right now) to fix the picture. D:

...And she does have a better name than that, it's just a.. code.. name.. thing. Because the reapers are silly like that.

ON ANOTHER NOTE:
ART COMMISH ARE OPEN AGAIN.
But only for sketches. You'll have to ink/color them yourselves. :D
PM me for details~
1)Kenji Baionoto X Tesuto Komoru : Magnet Freedom
2)CLOSED
3)CLOSED
4)CLOSED
5)CLOSED

(Psst. It's actually a psychological test. Only those interested in my art will get my art, ya hear? xD *shot*