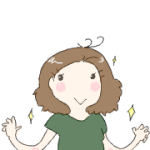 Name: Yuka Ane (明音ユカ)
Name meaning: 明 (a) comes from the word "akira" meaning "light, bright, cheerful", which describes her optimistic personality; it can also mean "plain, obvious" which I felt related to the fact that out of all of the Utaus I've made, she's the only one that sounds anything like me. 音 (ne) is just the character for sound, which is common in Utau names. "Ane" when spelled 姉, means "older sister", which is fitting, since Yuka was designed to be eighteen- older than my other Utaus.
Voicer: I!
UTAU Project/Group: Dako series
WIP or Complete? Complete, although a voice bank update may be in her future...
Gender: female

Age and/or Debut Date: 19/June 17
Height: 5'7"
Weight: 160 lbs
Character Item: A diamond-patterned umbrella
Relationships: None with any Utaus that don't belong to me. >v>' And none of those currently have active voice banks... augh.

Brief Physical Description: More 'curvy' than 'skinny'. Features include a chopped-short haircut and an almost permanent nervous smile. Skin is a light pinkish-peach, eyes medium purple, and hair white.
Personality: A bit shy, she has something of a complex about her voice, as it was developed while I was still learning the basics of Utau. She'd do just about anything to be friends with someone, but she's not spineless; she'd also do just about anything to protect her little 'siblings'. She likes rainy days, hot tea, and working hard, and dislikes fighting, doing less than her best, and awkward situations, although oddly singing 'awkward' songs doesn't bother her at all.
History/Backstory: She doesn't really have a backstory. She's just another computerized vocal program. >v>'

Voicebank Link: mediafire.com ?4zaw7b1ly1zzn1b
Wikia Entry Link: I... cannot figure out how to use Wikia, so she doesn't have one. D:

I don't have a full-body picture for Yuka just yet... D: That's coming up whenever I can get the time and patience to sit down and draw one.

Oooh, I like her design a lot. She looks really sweet. :3
And her voice is really pretty!
Dako

crashflashbang wrote:Oooh, I like her design a lot. She looks really sweet. :3
And her voice is really pretty!

Aww, thanks a bunch. <3
I can't sing worth beans without the aid of Utau, so it's nice hearing that some people like her voice. >v>
Sponsored content