You are not connected. Please login or register
4 posters

I love X-number of random sentences type fics, so I made a nice cheesy one for my favorite nice cheesy not-exactly-crack couple. :'D

They liked to say it began with a kiss, but that wasn’t entirely true.

They saw the ends of relationships all around them, but they, along with a few of their other friends, stayed together.

No matter how many times Yume would say “Don’t wait up for me!” when she went off for her “job” of soul reaping, Reni always would stay up for hours, doing exactly that.

“Do Shinigami ever get days off?”
“As many as life gets.”

It was three weeks after the “kiss that started it all” that Reni finally broke up with her boyfriend.

It took Takeshi three months on top of that to realize she wasn’t coming back.

They knew they’d be together for years.

Red was blood, love, anger, and fire. They agreed that only the second meaning was okay, so red was kept to a minimum.

The first thing Yume saw every morning was a pair of blue eyes.

The first thing Reni saw every morning was a pair of purple eyes.

Aika and Luna and Karen were good friends… Sometimes good to the point they were overbearingly accepting about Yume and Reni.

It didn’t take long for them to cross the line of friendship.

When it came to overbearing, Yoshiya took the cake… But he was Yume’s only family.

“What would they have called us… in the time you were born?”
Yume thought for a moment before saying, “Strangers.”

They had always thought they’d be good parents, but stem cell research hadn’t come that far yet.

In their little fantasies, they had a boy named Rei and a girl named Yuriko.

January 23rd was Yume’s real date of birth, it just happened to be 121 years earlier than she would tell people.

“When I die, Yume-chan,” Reni murmured, stroking her girlfriend’s hair, “will you be the one to come for me?”
Yume said nothing.

They debated who had a better sounding voice for a very long time.

They looked into each others’ eyes, and then, suddenly, their lips touched.

Shortly after they had first become friends, they both went out for air in the middle of the night and found each other. It was then, sitting side by side on the grass, lit only by the full moon, that they shared that first kiss.

“I didn’t think Shinigami had hearts.”
“Neither did I, and then I met you, Reni-chan.”
They laughed at Yume's ridiculous attempt at romanticism after.

“Keep your soul safe from Demons,” Yume whispered one night as they lay side by side, a serious expression having come over her face. “because any Demon in their right mind would want a soul like yours.”
Reni smiled. “You’ll protect me.”It wasn’t a question.

“That,” Reni stated as she examined her girlfriend’s forearm and hand, “is a very broken wrist.”

Yume frowned when the doctor said that she’d need to wear a cast for another week, then to demonstrate that her wrist and hand were fine, retrieved her mini keyboard from her bag, set it up, and played five minutes of Chopin.
The doctor let her go without the cast.

“How is it that you can be working as a singer, leave school to reap souls at a moment’s notice, and still get through high school on the honor roll?”
Yume winked at her girlfriend. “A little memory modification never hurts anyone.”Reni giggled. “That’s it?”“Well, not entirely. Some of it’s pure awesomeness.”“Oh, sure, yeah.”

“So, Barauta-san, what do you do for a living?”
Yume and Reni froze.

They had a comfortable life, as the money from CD sales and the payment Yume got from the Shinigami Dispatch Agency kept up the rent well enough and left them some spending money.

Reni led Yume by the hand into the apartment.
“This is our new home, Yume-chan. Our home, and ours alone.” After spending a moment taking in the look of shock and adoration on her girlfriend’s face, she added, “Happy Birthday.”
It was January 23rd.

Love it? Hate it? Confused as to why I'm writing yuri? Feel bad for Takeshi? All of the above somehow?
Whatever you feel towards it, CRITIQUE ME.

...I've discovered that I'm not good at this 30-sentence thing. Ffffff.
Kolya-kun

i've never heard of X-number of sentences fics before, it's really neat how you can show a whole relationship in just 30 sentences OwO;;

and i'm not really sure how to critique you... unless i got really nit-picky with the dialogue (i consider each line a seperate sentence), that's just preference really xDD;;

i thoroughly enjoyed reading it though~
smeen

You're way better than me at those things, Yume-tan! I really liked it!
UtauReni 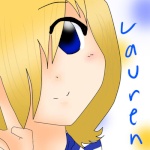