For those having OCs...

For those having OCs...

I fetched this thing of some other forums, and it's been very helpful for me. So I'm sharing it with you.

What it is? A character questionnaire. For making fully 3 dimensional characters. Try filling it!

Ooh, looks fun! And time consuming! xD
I'll try it with Sephie-hime since I've been having a strangely hard time writing her lately. ouo

Spoiler:
Name: Persephone Lamarre
Sex: Female
Birthdate: December 20th, 1872 ((Based on her age in Yes, Princess which I'm saying takes place in about the same time as Kuroshitsuji.))
Birthplace: London, England
Height: 149 cm
Weight: 39 kg
Eyes: Red-ish
Hair: Almost black, but with a purple-ish tint to it
Ethnic Background: English
Marital Status: Single
Living Location: Lamarre Manor
Nickname: Sephie, Sephie-hime, is called Princess by her servants
Political Affiliation: ...?
Social Class: Nobility
Education: Standard education expected of a 16 year old
Date Graduated: N/A
Major: N/A
Name of School: N/A
Where: N/A
Residence(Type): Manor house
City/Country Background: North of London, out of the city
Describe Furnishings: Common furnishings of a noble's home in that era, though she is unusually fond of dark colors
Children: N/A
Health: Healthy
Physical Condition/Disabilities: Blind in right eye, even before Faustian contract. And has amnesia, but I don't know if that counts for this part.
Friends: N/A... Although, she kinda sees Alessia as a friend. Kind of. When she's not thinking about how Alessia's only being nice before their contract is up.
Allies: N/A
Enemies: N/A
Most Significant Others: ...
Community Status: ?
Pets: Keeps a cat. It has no name.
Languages Spoken: English, French and a few words of Japanese
Intelligence: Above average for her age
Sexual Orientation: Unknown
Sexual Habits: Unknown
Sexual Experience: None
Type of Friends Preferred: Dislikes people in general.
Type of Lovers Preferred: See above.
What Hometown was Like: ...London-y?
Smoker/Drinker: N/A
Biggest Accomplishment/Best Known for: ...
Hobbies/Pastimes: Reading, sketching landscapes (and her cat sometimes)
Favourite Book: Horror and mystery books, as well as some poetry.
Favourite Magazine: ???
Favourite Newspaper: ???
Favorite Music: Classical...?
Favorite TV Show: N/A
Favorite Acter/Actress: ...
Favorite Place: Her own home
Favorite Color: Deep red or black
Favorite Entertainment: Reading, or watching plays
Favorite Food/Diet: Creme Anglaise (Specifically made by Alessia))
Favorite Drink: Hot chocolate
Favorite Sport: N/A
Clothes/Accessories: Victorian dress. Usually black or other dark colors.
Personal Possessions/Toys: Most prized possession is a small white gold tiara that she got through... unknown means. Doesn't wear it, has it in a glass box in her bedroom.
Taste in Art/Decor/Literature: ?
Name Transmits First Impression to Reader: Probably reminds them of Greek mythology.
Reason/Meaning Behind Name: In her original backstory outside of THIS particular fic, she's a demon who is part of a circus. She had lost her memory and didn't know anything about herself or her past from before then. The other members ((Also demons)) name her. Amnesia remains in this fic, but circus is taken out. And she's human.
Forehead: ...A normal forehead?
Jawline: Um... delicate?
Lips: Thin.
Mouth: Small.
Eyebrows: Thin, but dark like her hair.
Hands: Small.
Fingers: Long and slender.
Shoulders: ...?
Limbs: Slender.
Complexion/Skin Type: Pale, and fairly even. Doesn't suffer from much in the way of acne. Sunburns easily.
Face: ...?
Breast/Chest: Quite flat-chested.
Waist: Normal...? She usually wears a corset though.
Hips: Normal...?
Neck: Fairly long?
Ears: Small.
Nose: Delicate.
Teeth: Normal? Well taken care of, at least.
Feet: Also fairly small.
Build: Quite petite.
Distinguishing Marks: Nothing obvious at first glance, but she does have a scar that runs through her right eyebrow. ((Usually hidden by eyepatch.))
Posture: Good.
Appearance: Um... see above? Generally pretty/cute.
Hair Texture: Smooth, with somewhat thick strands.
Hair Style: Usually wears in twintails that reach about her chest. Her bangs are sideswept to the right.
Pre-Dominant Feature/What Noticed First: Visible red eye. And maybe eyepatch.
Physical Aids: ?
How they Walk: In a lady-like way.
Eye Shape: Normal...? But quite large, making her look younger than she is.
Sensetivity to Others Demonstrated Through the Eyes: They're pretty much the only way she shows emotion.
Father: Unknown.
Profession: See above.
Residence: See above.
Living/Dead: Probably dead.
Mother: Same as father.
Profession: See above.
Living/Dead: See above.
Parents' Marital Status: See above.
Brothers: None.
Sisters: None.
Home Life/Childhood Experience: Unknown.
Family Relations: Unknown.
Family History: Unknown.
Profession: None...?
Union: None...?
Education in Work: N/A
Job-Related Skills: N/A
Favourite Subjects (School): Literature.
Poorest Subjects: History.
Grades (School): Good. ((Note: Her "schooling" is being tutored by Alessia.))
Quality of Work Performed: ?
Reputations: ?
Hours Worked: N/A
Income: ?
Vocation, Discover New Territories: ..
Military Past: N/A
Morals: ...
Ambitions, Aspirations, Desires: She can remember wanting to kill someone, but she doesn't know who it is.
Major Traits:
Minor Traits:
Outstanding Qualities:
Character Flaws/Weaknesses:
Character Strengths:
Habitual/Favorite Expression:
Habitual Mannerisms:
Fears, Anxieties, Hangups:
Frustrations:
Complexes:
Temperament:
Emotions:
Attitude Towards Life:
Attitude Toward Death:
Leader/Follower/Dropout:
Most Cherished Beliefs/Values:
Worst Habbit:
Highest Hope:
Pre-Occupations, Worries:
Biggest Source of Pride:
Biggest Source of Defeat or Shame:
Dialogue:
How they Talk/Speach Pattern (Diction, Tone, Speech, and Pitch):
Direct Statement of Thoughts:
Body Language/Posture:
Gestures:
Perception of Others:
Evaluation of Others:
Reaction to Others:
Involvement with Objects:
Attitude Towards Opposite Sex:
How they Handle Crisis:
Memories/Dreams:
How they Protect Themselves:
Public Persona:
Daily Habits:
How they Dance:
Pet Peeves:
Ways of Dealing with Children or those in Inferior Position:
Eating Habits (When, what, How):
Heroes:
Motivational Patterns/ What Gets them going:
Landscape Observations (What in Their Environment Lead to Their Current Personality):
Point of View (Neurosis, Self-Absorbed, what Noticed Firsst in a Room, Perspective):
Degree of Intensity = Pace of Life:
Attention to Detail/Degree of Concenetration:
Confidence Factor:
Generosity:
Handicaps:
How they Treat People they Like:
How they Treat People they Dislike:
How they React When Angry/Upset:
Self-Value/ How they See Themselves:
Personality Type:
How they Describe Themselves:
Do they See Themselves as Happy/Satisfied:
Do they See Themselves as a Hero:
Sense of Humor:
Most Instructive/Meaningful Experience:
Attitude Towards Sex/Sexual Values:
Attitude Towards Religion:
Attitude Towards Politics:
Attitude Towards Authority:
Ethnic Considerations:
Attitude Toward Money:
Attitude Toward Work:
Attitude Toward Play:
Attitude Toward Their Looks:
Opinion as a Soldier/Fighter:
Feelings Toward Family:
Feelings Toward Friends:
Feelings Toward Enemies:
Secrets:
Philosophy of Life (In a Phrase): 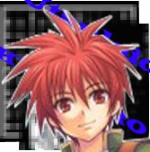 OC is an original character. You can mean UTAUs, but other characters too.

Mine is at home, not fully finished yet. When it's done I'll post it.
Haloheroine

Hey look, information on Jarred.
(for anyone intersested in Cream-PUNK, My supposedly to-be-created Manga, keep in mind this is him AFTER the second chapter...-ish. Modified to fit UTAUdom, to prevent spoilers ;D)

Birthplace: Osaka/Kobe... Kansai region? (I'm still thinking it over. ^^'' If anyone has any suggestions...?)

Eyes: Bright green... Used to have a spark to them, however they are kind of dull now...

Hair: Long, black, smooth and goes down to the back of his thighs XD

Marital Status: ?? Ehhh. No marrage, as much as he'd like to.

Living Location: ...Get back to you on that. Possibly Osaka, looks most like the setting of the manga...

Nickname: WAS PUNK LOL. (The title was Cream-PUNK after Hayao and Jarreds original nicknames, but now they don't suit them so... UNRELATED TITLE GO)

Political Affiliation: Cares, but isn't registered to vote due to needing to stay a Missing Person.

Social Class: None. If he actually had a job, I'd suppose you're call it "High Class". In a way.... Maybe XD

Where: ... Again, probably in Osaka/kansai region *shrugs*. His parents lived there for quite a while.

Health: Permantently perfect. He can't contract diseases, and cuts and broken bones can be solved by killing himself.

Physical Condition/Disabilities: Demon (in gun form) attached itself to him at age 9. Merged with him at age 11. He's now immortal (well, he revives with only scars on him, anyway).

Friends: Hayao Misakura, and to a certain extent, Hayao's friends.

Most Significant Others: ...Hayao Misakura.

Pets: None, they always get killed by him/Masao.

Sexual Habits: ...Like, what he does in bed? Uh... WHAT. *mind made this question very wrong*

Sexual Experience: Was a (high class) prostitute (illegally... but of his own fee will) from the age of 12 to 18.

Type of Friends Preferred: Nice, intelligent people who have some sort of interests silimilar to his... Not that he's had a friend in years.

Type of Lovers Preferred: MANLY MEN, WITH A SOFT STREAK... Too bad he got Hayao.

Smoker/Drinker: Despite the inability to contract lung cancer or the like, he refuses to smoke... But because demonblood clenses bloodstreams regularly (far more efficantly than human cells), it never actually get's a chance to effect him in any way. It's basically turned into flavoured water once it touches his mouth.

Biggest Accomplishment/Best Known for: WELL, NOT HIM SPECIFICALLY BUT...
He's kinda known as a wanted murderer in Heaven&co AND on Earth. XD

Hobbies/Pastimes: Well, when he's not out devil slaying, he likes to read, sing (he's a Nicochu), draw, cook, clean, play visual novels and daydream about yaoi doujins he could sell online.

Favourite Book: SOMETHING SMART AND LONG. IDK. XD Didn't think about this one.

Favourite Magazine: JUNE OR BExBOY. FOR SURE. XD Lol, he's a shoujo/yuri appreciator, too, so maybe that magazine "Girl Friends" was published in...

Favorite Place: On the roof of a tall building...

Favorite Food/Diet: Some crazy mix of every cultures' food, made Hayao sick when he first switched. XD
He ADORES sweets. Sugarsugarsugar.

Clothes/Accessories: Pretty plain in general, jeans and long sleeve shirt... And a long swishy coat . u.

Personal Possessions/Toys: Small, furry Bear. Some clothing from when he was small...

Reason/Meaning Behind Name: ...Picked one out of the blue.

Jawline: Not particularly obvious... But not girly.

Face: Overall, nice to look at.

Waist: Actually looks like a mans' waist, unlike Hayao.

Neck: Long, slender. Good for biting and licking = u=

Ears: Peirced. Multiple times. Last time I made a count it was seven in each.

Nose: Cute, in a boyish way.

Teeth: Practically perfect. Though, they seem to have an 'unexplained' sharpness.

Feet: OH LOOK FEET. THE SAME AS I DRAW EVERY OTHER CHARACTERS. *shot* I imagine in novel terms they'd be callused as well. XD

Distinguishing Marks: ...Apart from the million plus one scars on his body? And the REALLY long hair?

Hair Style: Usually worn out while relaxing, but when he's devil slaying, he tends to tie it in a high ponytail.

How they Walk: He walks gracefully... kind of creepy, really.

Sensitivity to Others Demonstrated Through the Eyes: A hell-load. He basically shows all his emotions through them.

Father: Uh... Name unknown? His last name was originally english. Miss. Hananome demanded he change it to her name instead of the other way around when they got married, because her name suited her more than his did. XD

Home Life/Childhood Experience: Wonderful and joyous. They had plenty of money, enjoyed life too it's fullest...

Family Relations: Loved all of them. Eh, getting lazy.

hmmm I guess thats all.

...At least do research before you mess with words in the attempt at making a cool name.

hmmm I guess thats all.

...At least do research before you mess with words in the attempt at making a cool name.

Actually thats what I aimed...after all it's just a fiction XP.

oh and your not that mean...so no sweat.
Sponsored content