So I had this insane idea...

So I had this insane idea...

Okay,so.*takes a deep breath*
I was thinking of creating an All-slavic-languages UTAU,a.k.a an UTAUloid that can sing in around 10 languages.
(for those that don't know what slavic languages are,go here: http://en.wikipedia.org/wiki/Slavic_languages)
But even so,that would ask for A LOT of work.That's why,OU,I'm asking you: Do you think this is really worth it?
And another thing...Reclist.I'd need some help with the reclist...
hello8bit

If there are songs you'd like to do in that language and you're dedicated, then go for it! If it's never been done before then it might be something really unique and groundbreaking.

Well,I've seen 1 Bulgarian UTAUloid and i think 2 Russian UTAUloids but other than that...
I don't promise I'd do songs,even through I do have tons of song lyrics.I don't know...
hello8bit

Well I'm not sure how slavic sounds. Would you be able to figure out the otos easily enough?
Aline

Well, depends. I mean, will people use your UTAUloid in said languages? If not... Will you use? If you answered "no" for both answers, I think it might end up as unnecessary. I've seen people using their own UTAUloids and others' UTAUloids for English, Spanish and French, but I've never seen anyone trying to make them sing in Czech, for example (and there are many interesting Czech songs out there). Thing is... If you're going to record your UTAUloid in these languages and won't even give a try on using it by yourself, people might probably think it's not worth using.

A tip that I kinda learnt with Yesi and Day (without them knowing) and I can give to you (and all UTAU users): If you're going to make a multilingual UTAUloid, make language packs (you'll understand the logic). Start with the language that shares most phonemes with Japanese. Then, you progress on the packs, by the order they share phonemes with the languages first released (and tell which packs are necessary to complete the set). In the end, you'll have various small VBs that people can download once each instead of a huge VB that screws with their connection.

Please note that I haven't included Brazilian/African Portuguese nor Guianean/Quebecquois/African French because I didn't notice differences so striking as the ones between European and Latinamerican Spanish.

I dunno the order of the others for sure, but I'm almost sure it's really Spanish nearest Japanese in phoneme sharing and French on the farther end (not that it doesn't share phonemes with Japanese, but it's the one that differs the most).

Of course, you'll have to make sure you know how to pronounce all the Slavic languages really well. I, for example, speak Brazilian Portuguese, I can pronounce perfectly European and African Portuguese (the difference isn't that big, and no, didn't try Galician nor Romanian), I can pronounce a passable Latinamerican Spanish and an almost cringeworthy Italian, but I completely and utterly suck at pronouncing French.
MillyAqualine

I can help for some French sounds '_'

@ Aline:
Well,With pronunciation,It wouldn't be too hard.
I also don't think the VB would be HOMGWTF 1 terrabite big,since a lot of the slavic sounds are either the same or similar...Even so,I don't think I would want to make it in separate VB's.
@Hello8bit: I don't think they would be really hard to do.
Catarsis

That would be cool to hear :D
but it looks pretty hard...I don't know too much about Slavic languages (I just know a bit of Russian) but the pronunciation is pretty hard sometimes...I mean....you must learn how to roll your R's and not everybody here know how to do it XD
Hecate 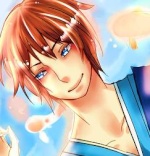 You should try it!!,

I know that I'll sound good or maybe even great!!
Catarsis