You are not connected. Please login or register
Go to page : 1, 2

Title is self explanatory.
The difference from this thread than any other picture thread is that this one clearly contains more awesome. ㅎvㅎ+ (ie. post retarded/odd pictures of yourself)

산쇼씨 (Sansyo-ssi) wrote:The difference from this thread than any other picture thread is that this one clearly contains more WOMANLINESS. ㅎvㅎ+

WHY SO WOMAN.
Guest

...I will post a picture. Someday. When I'm not paranoid of you guys seeing my supahasianfaic and somehow figuring out who I am.
Nanashi_Zokune

...I'm still paranoid so I will prolly take these pics down very soon so watch while you can.

...Go laugh at my fugly Asian face ><
/cries in a corner whydidIputuppictureswhywhywhyyyyyy it's prolly since it's 1 in the morning
산쇼씨 (Sansyo-ssi)

WHY HELLO THERE ASTER.:

me being notretarded/focused/bored/ocdwithsomething... iunno k
:

...Go laugh at my fugly Asian face ><
/cries in a corner whydidIputuppictureswhywhywhyyyyyy it's prolly since it's 8 PM
Guest

/crawls away, to ashamed to take pictures with her undone hair :C

SO I SHALL DIG UP SOME OLD PICS GODDAMNIT.

...Why, hallo thar!
/waits for more people to put up pictures and still in a paranoia-induced state

산쇼씨 (Sansyo-ssi) wrote:
...Go laugh at my fugly Asian face ><
/cries in a corner whydidIputuppictureswhywhywhyyyyyy it's prolly since it's 8 PM


Also, because you keep telling me to: 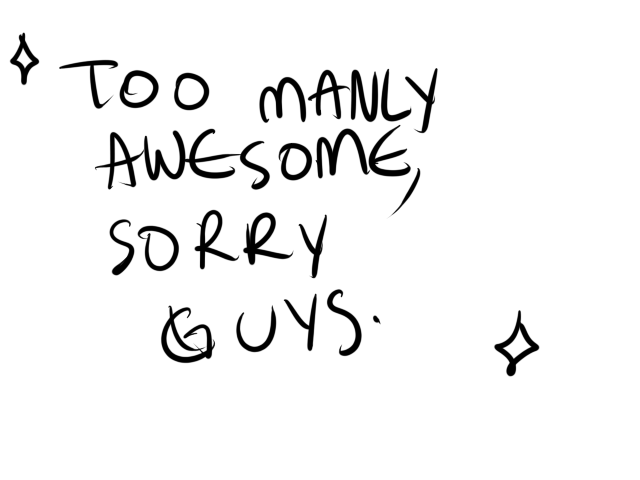 SORRY TO DISAPPOINT YOU, WOMANSANS, I GUESS I'M JUST TOO MANLY FOR THIS

...I am not. ><
I only look halfway normal because I had to get surgery to fix my ptosis...
Guest

dude dont even get me started on my facial injuries oh lord. xDDDD

derp:
I have a huge scar from being hit by a ceiling fan, like what. And I had a ton of surgery to reattach my lips, which were bitten off when I was attacked by a dog xDDDDDDDDDDD STUPID DOG xDDD

ANYWAYS ALL OF YOU ARE MORE BEAUTIFUL THAN ME /hides face in shame
vio.

산쇼씨 (Sansyo-ssi) wrote:
...Go laugh at my fugly Asian face ><
/cries in a corner whydidIputuppictureswhywhywhyyyyyy it's prolly since it's 8 PM


Also, because you keep telling me to:

SORRY TO DISAPPOINT YOU, WOMANSANS, I GUESS I'M JUST TOO MANLY FOR THIS

I was really excited for a second orz;;;
XDD

Btw. SYO. I hate you for having double eyelids. ;^;
[/jealousyyyy]
Guest

I have double eyelids as well (direct result of the ptosis surgery). You can't see it in the picture I have up there.

...BUT OH GOD be thankful you don't have double eyelids, for me they feel so...so...unnatural (prolly since they were done through surgery) and not me...
34CYGNI

I have double eyelids, but they don't feel unnatural to me at all... EVE;
(prolly since I've lived with them my whole life).

WHY EVERYONE SO PRETTY. EME

And everyone in my family /except/ for me has double eyelids. .___. Well, no, if that was the case I'd be like, adopted, but everyone in my DIRECT family has double eyelids- and it's INFURIATING because it's so irritating when I have to put on like a freaking centimeter's worth of eyeliner just for a LITTLE bit of it to show up when I open my eyes. .__.

My make-up totally faded today though, so it's all "Hey. I'm not in this picture." :<


I think double lids are so pretty. ;;;;^;;;;;; I might get the surgery for them next summer if I can stand the idea of having swollen eyes for the entire summer...
Guest

It's not the entire summer, just a month or so - I got the surgery in...about June/July, and made it back in time for a month before school started.

Perhaps we ought to make the Asian Eyelid Discussion Thread.
34CYGNI

Well...everyone in my direct family wears glasses (although not all the time) except me so... :'D

ALSO
single eyelids look really beautiful too. ;A;
I THINK THEY BOTH LOOK BEAUTIFUL.
TRIPLE EYELIDS AND NO EYELIDS TOO.

/can't comment on the surgery thing because never had it. orz""
산쇼씨 (Sansyo-ssi)

Fff-- I get really noticeable double eyelids from mom's side of the family. EVE

Whenever I go somewhere new and meet new people, the first thing they usually say is, "ARE YOU MEXICAN/BLASIAN/ETC??"

I THINK PEOPLE GRADUALLY LOSE THEIR ABILITY TO DETERMINE OTHER PEOPLE'S ETHNICITIES BTW.

I get my eyelids from
...
IUNNO, BOTH SIDES.
taiwonton

TODAY I WILL ALSO ROLL MY EYE

Sans does not look like a typical Korean to me. oxo Perhaps this is why "MEXICAN/CHINESE/JAPANESE?!?!?" questions exist?
WELL ACTUALLY NOW THAT I THINK ABOUT IT your eyes remind me a lot of Kim Joon's...

But then this one time this Korean guy came up to me (before the surgery) and asked "Are you Mandarin?"
And I'm just all, "..."

...actually, I went up to McDonalds and the guy up front says "Ni hao" to me. And I'm just -.-
I'm okay if someone asks me if I'm Chinese or not, but when people jump to assumptions --
someone asked once how much Chinese I speak, without even asking what I was.

For some reason a lot people tend to think my mom is Japanese, and sometimes my dad Chinese.
My parents and many of my (albeit Korean) friends think I look very Korean --

The high school I used to go to was almost 90% Asian (despite the school's claim it's 40%).
So I've met all sorts of Asians. Most of the time I got it right. The times I didn't, they were half-Asians who looked so white nobody could tell...

@Aster: You look pretty Korean to me. 'A'