Picspam since I draw all my own cover art.

All done via laptop touchpad besides Lavan's, because I can't draw Lavan worth shit for some reason. 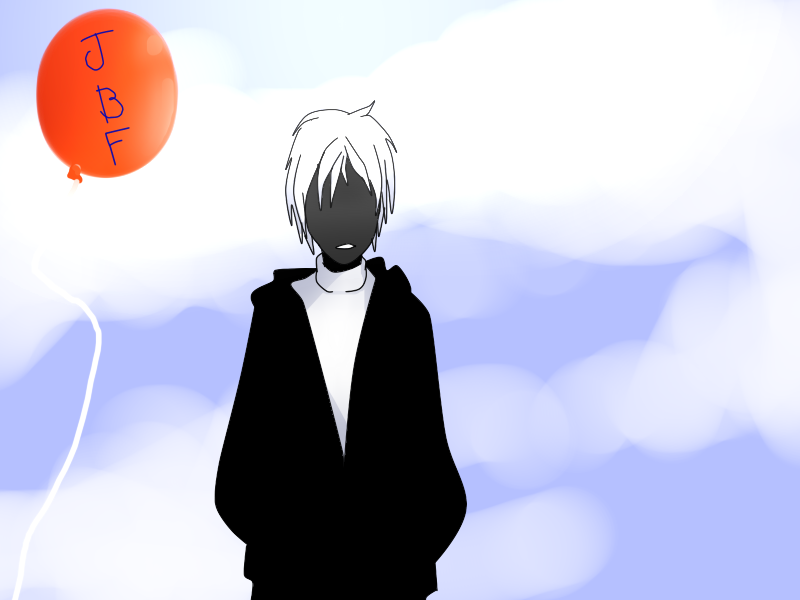 Original art done for Lavan's JBF cover, before I actually recorded his VB. 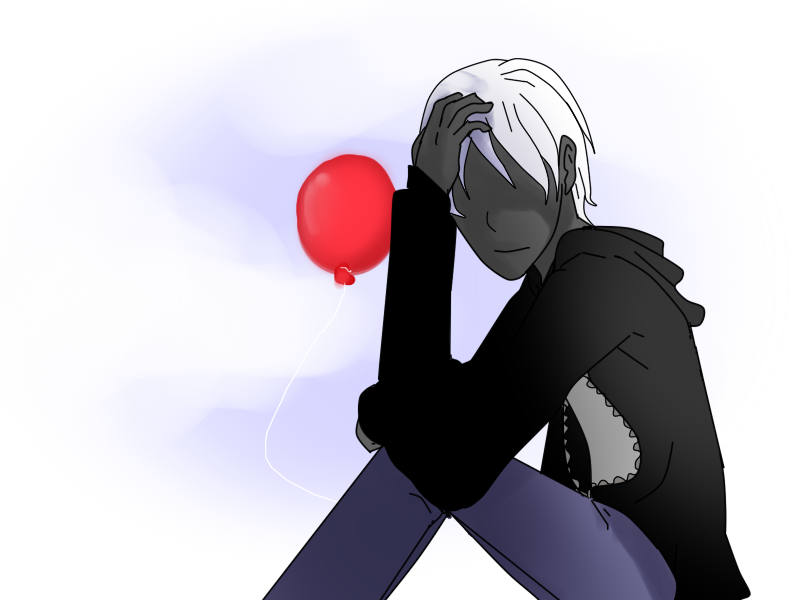 Done after I finished recording his Act.2. Small legs are smaaaaall (AND NOW YOU KNOW WHY THE VIDEO ONLY SCROLLED FROM LEFT TO RIGHT). 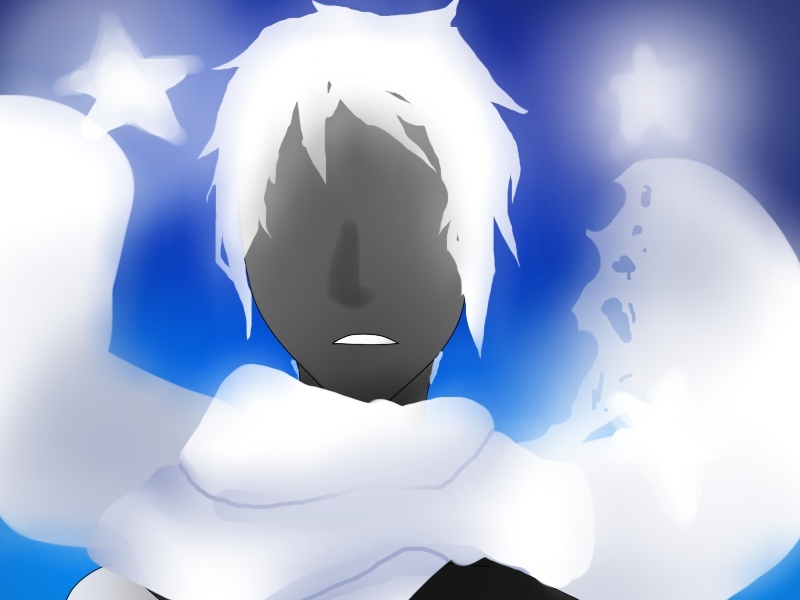 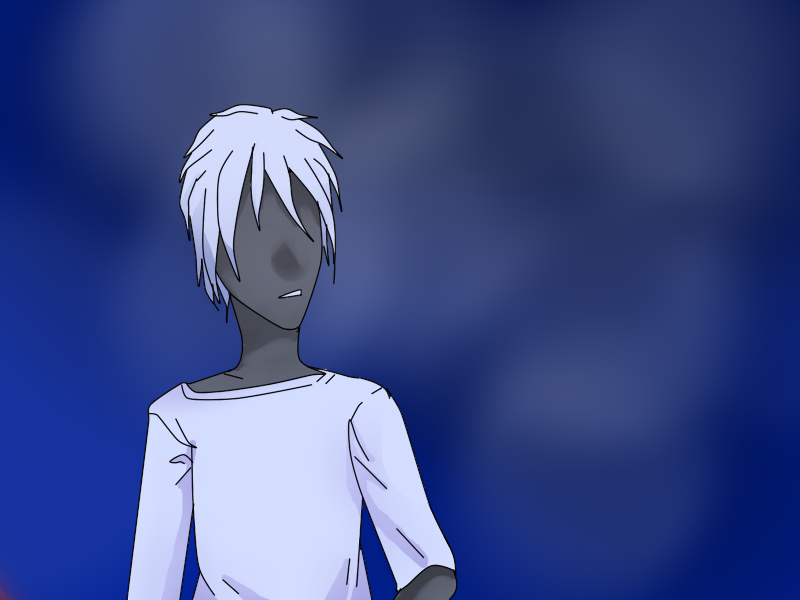 Random picture as the result of "DAMMIT LAVAN WHY ARE YOU SO HARD TO DRAW". 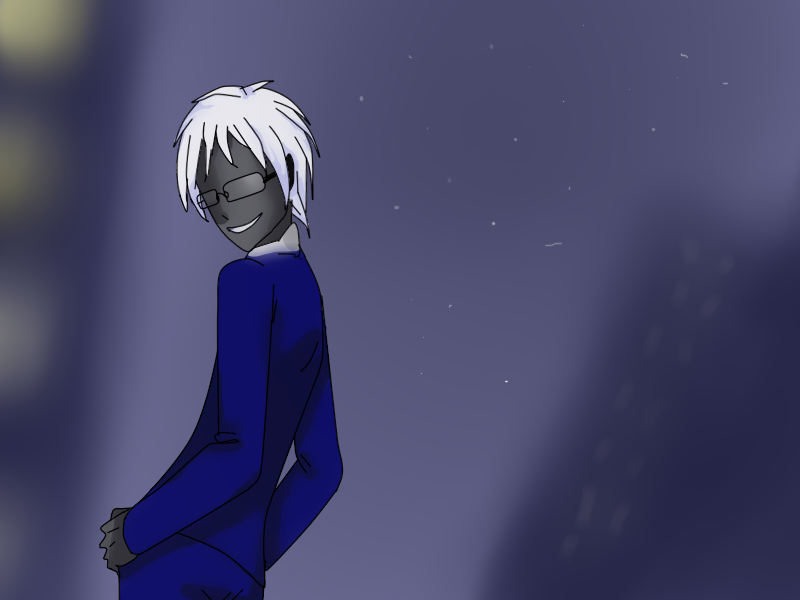 ANDA ZA DAKUNESSu. For someone without eyes he really can sport a pair of glasses. 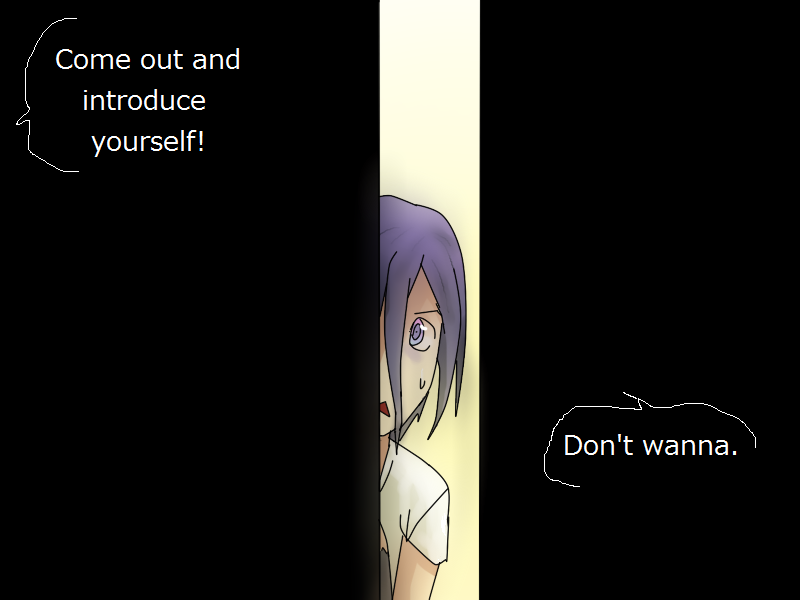 911 lives in a closet. I lived in a closet once and thought it would be a funny character trait; it's not really all that bad, despite the lack of ability to place anything but your bed in there. 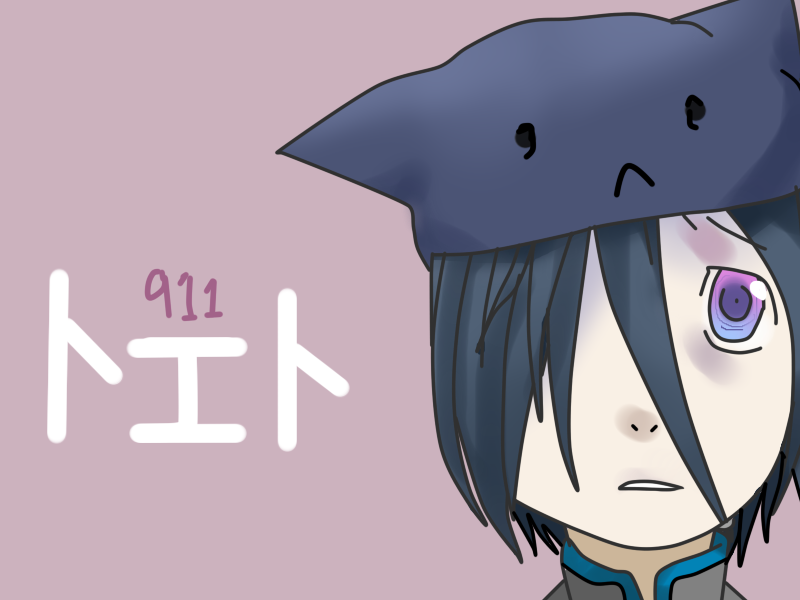 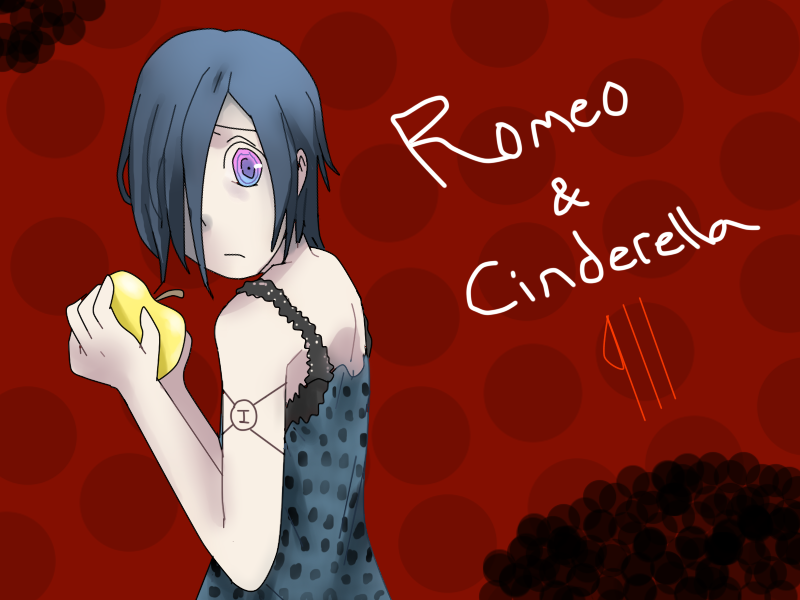 LAVAN: Hey Ali Ali is this song about me? 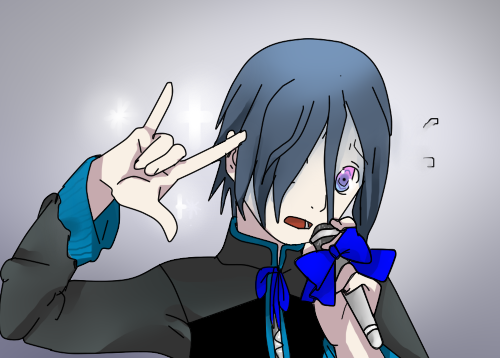 I may or may not be addicted to 911. HE'S SO CUTE FFF
I only drew it 'cause the base is there. I am not currently in possession of a Seikan Hikou .ust. 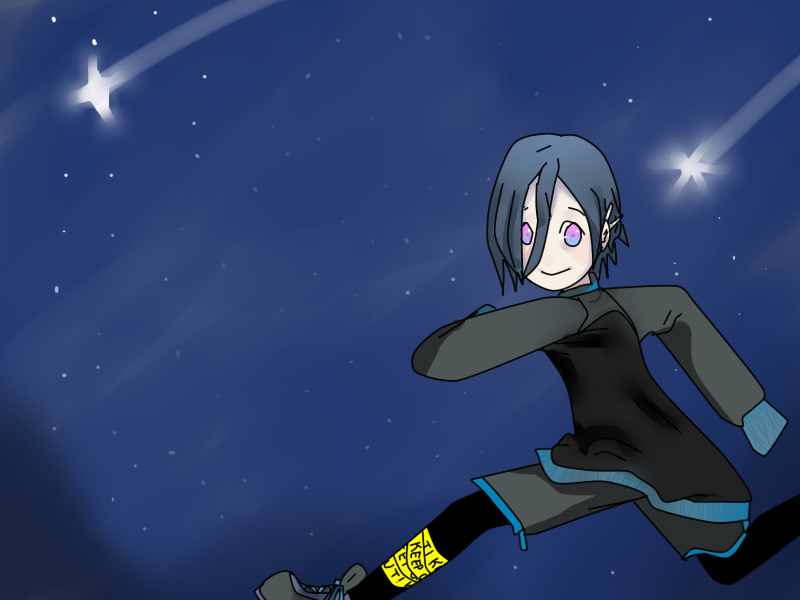 I have a de-triphoned .ust of Stargazer. His old VB sounded pretty great, so I drew arts. 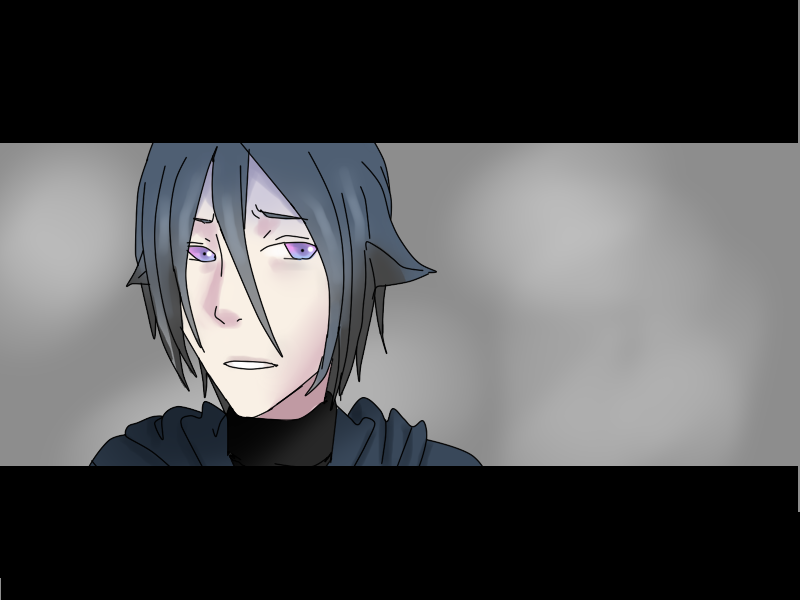 Boku Wa Haineko (this) and Ren-Ai Circulation were his demo songs. As in I made him sing it constantly until I was happy with his voicebank, since I had no idea how UTAU worked when I jumped in fff ;w; 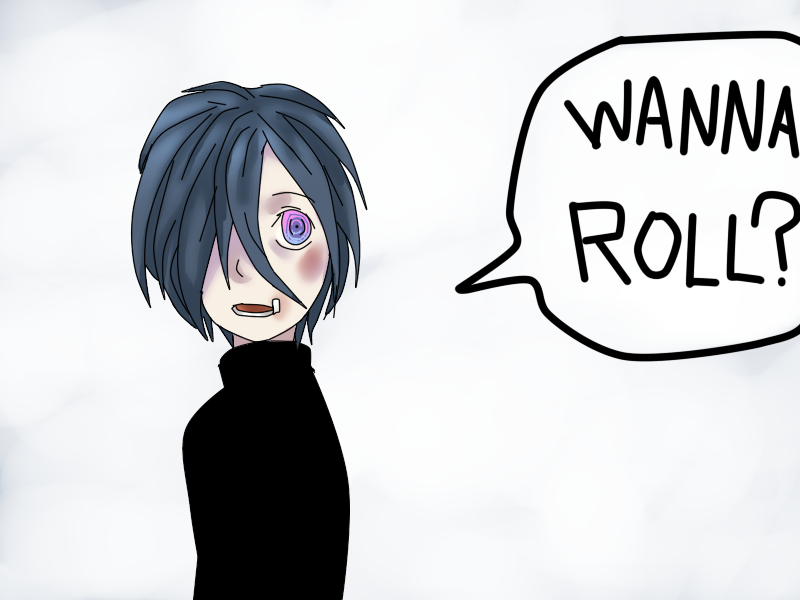 Rolling Girl is going to be his demo song, so I made this extra special picture! It's got a very "I am a Japanese artist who has a very vague grasp on English earned by sort of paying attention in class and reading Engrish t-shirts" feel.
Or "Modern Japanese Fashion".

Holy shit that is a lot of art. I SERIOUSLY DIDN'T NOTICE.


yes 911 has a girl's name and he hates it.
Chasing Fireflies

ajkfla;lskj touchpad? I wouldn't have guessed, your art is awesome! And I really like Lavan's design, it's so neat. ^__^

-steals 911 and runs away-
Crossfrown

I like drawing him chibi while chanting 'kyuu ichi ichi'. It's so cute.

it wont let me open any spoilers ;A;
Hira-Chira

0N0R0loids wrote:it wont let me open any spoilers ;A;

*Quote, copy and past in new tab* Awesome.

AND PLZ ADMINS FIX THE SPOILER TAG THINGY ;A;
xLei

Spoilers worked for me~

*shot for using a Mac in college*
Crossfrown

Uwah, I love their designs <3
Crossfrown

Art I did with a tablet~

Fanart of my favorite UTAU ever.

Random 911 tablet test. I forgot the little bit of fringe that goes around his face and the metal piece it's caught on.

Redraw of LNGN because the other one was ugly.

And thank you~
Ringo

You, like, made the Lola-pic on the Fireflies video of sango, right? Or was I mistaken?

Anyway, if you made that, I loved it.
Crossfrown

smeen wrote:You, like, made the Lola-pic on the Fireflies video of sango, right? Or was I mistaken?

Anyway, if you made that, I loved it.

I am pretty sure I make up more than half the Engloid group gallery ahaha.
KanashiiNoNeko

*steals Lavan and tries to run away*
*is shot*
Crossfrown

xD so everyone is making appends?
hehe XD cute though~
Aisu

Pretty good for a first attempt at KEI style. Probably the best thing I've drawn this year.
(ignore the fact he gained like ten pounds and is suddenly 11 years old, I drew this without a sketch)
Chasing Fireflies

The coloring on his eye is so pretty, and I love how soft all the lines are. ^__^
Sponsored content