Personality:
Extremely two-faced and self-centered when it comes to her interests. Generally, she is rude and blunt, and likes to push people's buttons beyond what they should be; Though, when faced with a very cute female or male, she typically drops the rude-act and deals with their usually unbearable personality, Though she will never lie. Also has a habit of giving nicknames to people.

Generally, she will not own up to anything pertaining to her past or preferences except her love of violent video games and passion for scary, and out-there hobbies. She loves the Rock-Scene despite her outer, fluffy appearance and hates classical music and bubble-gum pop with a passion.

History/Backstory:
She's from a wealthy family, and spent time in France and England. She moved to Japan with Tansei, her reasoning being she liked the very pretty scenery and her ancestors came from there.

Brief Physical Description:
Wears a vest/Chinese motif'd variation of Karen's outfit. Wears white pants with knee-high boots that are dark purple with back bottoms, and have little 16th note "wings". His gloves are more-squared than Karen's and has only a small square of electronic motifs on the back of the hand. He wears a black top hat with a stripe and 16th note charm. Has blond hair, short in the back with a flippy left side, long straight tendrils in front, and little strands of hair that flip inward on his face, and middle-oriented bangs that overlap. He has green eyes.

Personality:
He's overly sweet, and a smooth talker. He's more emotional then Karen is. Though, he is a bit naive. He doesn't get how other people act or think, So when his life style is criticized, he doesn't understand why. He's good at getting what he wants, which is 'playthings', or girls. He doesn't keep relationships, and uses girls to his advantages. Though he has some brain as to inform a girl that it'll be a one night stand thing.

He has a habit of calling girls "dear, dearest, dearie". He refrains from bullying women, and will not stand for slander against them, even though ironically he refers to them as playthings.

He really likes "the classics". He's old fashioned in his music, and ways of acting. He's very formal, and doesn't use slang as much as Karen does. He's choosy in his women, making sure they are at least 17 to 25, and they have to look female. Meaning, they have a good breast size, long hair and porcelain faces. He really dislikes women who are boyish, and boys who are girlish. He'd rather die then go gay.

History/Backstory:
Same as Karen, he grew up in Europe for a bit before settling in Japan for good. He desires to go back and live in Brittan. He's never felt love for anyone except for his assumed sister, Karen.

Personality:
She's very childish and loud. She is also very naive, and takes everything at face-value. She's flustered easy, and is very sheltered by Karen, surprisingly. She literally knows nothing.

She has no idea about the world around her, and is fascinated by the simplest things. She likes to babble sometimes, while other times she is quick to the point.

History/Backstory:
Ladata was sent to live with Karen and Tansei; Not much is known about her. She doesn't even know anything herself, which is why she is gullible. 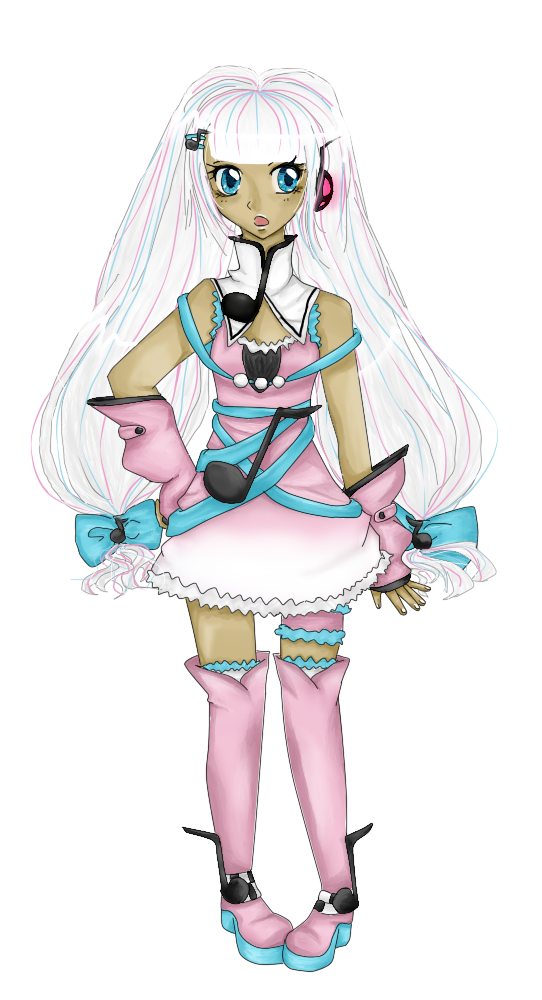 Reserving this Just in Case.
Guest

Well.. Apollo can be his friend thats gay for him. xDD
vio.