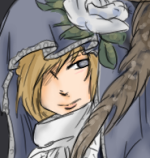 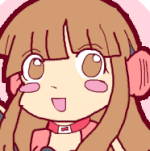 I left you a message in your profile. Sorry but school has been killing me, now all my back and arms hurts... ;A;
But, I'll try to make some progress with weekend...sorry for not having it done

Aww, but if he did eventually notice, he might not mind all that much. ^__^
Wolkabai

RAI is a muffin.
Catarsis

RAI is a muffin which looks like Thumbelina.
XD
xLei

... DOES THAT MEAN RAI IS EDIBLE?
KeikoLivy 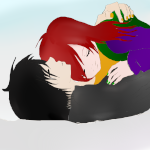 I ship my UTAUloid with Kenji Morine the new skyloid ;3
What can I say, she fell in love with him at first sight >:D
vio.

Today, I was thinking, If I had Karen sing with a Male, which male would sound good with her?

...THANKS HALO. I'M LIKIN' ONESIDED YUME-->HAYAO SO MUCH NOW THAT I WROTE A FIC ABOUT IT. xD

Oh, oh. I've noticed one thing I seem to never do is pair Yoshiya with girls. Even though he's canonically bisexual.
So here's some YoshiyaXGirl pairings. 8D
YoshiyaXYume... Twincest. xD Gotta put it out there.
YoshiyaXKoyo Mamene... If you don't know her, she's a new Japanese UTAU (http://utau.wikia.com/wiki/Koyo_Mamene), who's apparently 54, but I gave her a fan age of 15 based on the way she looks... *shot* 54 or not, they sound really pretty together.
YoshiyaXKurumi Subarashiine... This is "slap-slap-kiss" type, since Yoshiya sees Kurumi as a rival for Neku. ;3
YoshiyaXSeshiru Tokine... She stalks him. He's creeped out by her and yet still hangs out with her because it's fun to see her and Yume argue. What could go wrong? 8D;;

...Um, yeah. Originally when I designed his character I wrote that he's "bisexual but generally interested in girls more". But of canon-land, he's either interested in Neku, Yuugi, or 911. 8D;;

I don't need to ask. I know EXACTLY what happened there.
xLei

I don't need to ask. I know EXACTLY what happened there.

Why did I think ZOMG HETALIA when I've seen this one?

Also, I feel the strange need to pair Rook x Kenji for some reason. Both have red jackets, both are canines, both are cool? Dunno.
scarfu 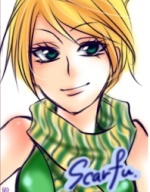 I also ship Gill x Kirine Tsubaki SO yodeling HARD I CAN'T EVEN TELL YOU. :I

My curiosity must know. How did that happen xD?
scarfu

My curiosity must know. How did that happen xD?

Well after I posted the Coward Montblanc they did together, Otono flipped absolute poopie and drew them together like, fifteen minutes after it was released. = u= She also created the RokuHaya pairing tag on pixiv, so. XD

Seika/Siana is all kinds of cute. oAo

For some reason, after working a little on my current project today, I like the idea of the HayariSELEN crack pairing... =u= <3

That and I think SELEN is the cutest thing I have ever seen in my life. ;u;
Guest

xLei wrote:... DOES THAT MEAN RAI IS EDIBLE?

I love that girl so much. ;w;
Guest

I will ship Harukoi/Yuuta as one sided love any day.
(I love you twinnn<3)\

I ship it.
Chasing Fireflies

Also, Every Male UTAU-->Nunny is now part of my head canon.
Sponsored content