I'd like join to as a Masuta with my utau Moriko.^^ I think my voice sounds pretty much the same as her.
vio.

And alright, we'll do it that'a way when it comes to music
LupinAKAFlashTH2

LAST MINUTE ENTRY SINCE I FELL IN LOVE WITH THE IDEA.

I'd like to join in as a masuta with Kenji. 83 I sound exactly like Kenji, apparently, because when I covered the ending theme of the game "Portal", "Still Alive", most people thought I had made Kenji english triphones. -_-

If you need music, I could work on that. I'm kinda limited at the moment though and I won't be able to work on it until at least 1 week from now.
vio.

It's alright~ Its never going to be too late to join in on this C:

And alright, I'll add you~~

I'd love to help with art if you'd have me haha. But bit busy this week with exams but anytime after thursday im good and ready to do anything! I can draw in quite a few styles since im still developing my own unique one but haha this sounds like a fun idea!
CDchan 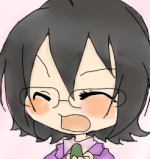 xD You can just join in and offer up your UTAU C: Yes, I will add you.

And thanks Yanyu for volunteering!!
May-chan 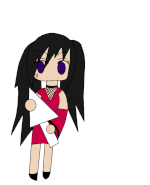 Oh for the Karoke's what kind where you looking for?

I can make some with audacity if you guys give me a song!
vio.

If we search up piapro or nico I think we can find most =u= We'll discuss this in chats.

PLEASE, For the love of DRAMA, Add me to MSN if you're in this project or we can't get alot underway. I'll be making a Drama Group using MSN Groups and invite everyone involved.

I'd appreciate it much so! I'd like to get this underway sometime this weekend.

Also, I'll be doing the art the first round.
Ohh, And I think the first video is should be an introduction to the UTAU video.
vio.

Alright, Once again, I need you guys to add me ASAP.
If you have a Skype you can add me now as ViolentAlice. I added the link to the MSN Group on the front page; Join that as well.

I'd like to get started on this project eventually =u=
SillyKiwi

Can I join as a masuta with Kiwi? (did I ask that right?)