I know, I haven't see those two words next to each other.

well idk if its orignal idk if anyone else did it, but its a parody of Dango Daikazoku [UTAU Daikazoku]

The naughty fried UTAU, the kind red bean UTAU
The Mid-Autumn Festival UTAU that tends to dream a little
The prim sesame UTAU, the four UTAU on a skewer
Everyone, everyone comes together and it’s a family of 100s

The chummy UTAU hold their hands together and make a big, round ring
They build a town on the UTAU planet and everyone laughs together
The rabbit is trying to wave in the sky; the huge moon
Is rounding up everything, happy things and sad things, too

The UTAUs hold their hands together and make a big, round ring
They build a town on the UTAU planet and everyone laughs together
The rabbit is trying to wave in the sky; the huge moon
Is rounding up everything, happy things and sad things, too

I know this is old, but since I found a Dango Daikazoku VSQ I want to make this :3


Do you mind?
Guest

...The only problem about this is that it ruins Clannad.

Ruining Clannad means you have no soul.
zin

Ruining Clannad means you have no soul.

how did you know D= my soul was taken long ago

on a different note... i did notice some of the lyrics are saying
"fried utau"
Guest

I don’t think you understand what the Big Dango Family is. To many of you, it’s just a cute song. To the ones who realize its significance, you’re supposed to cry like a baby.
Stripe 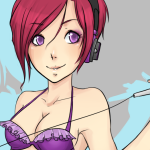 "the four UTAU on a skewer" 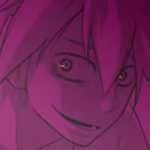 Zin, wake up. it makes no sense at all.
and if you absolutely want to do it, pick another song. look at what aster said.
KaneYuki

...
I am the type that laughs at funerals. And heart braking deaths in disney movies.

I mean, it's a hastily-done copy-paste that completely takes it out of the context it's supposed to be in.

Like, you know, Tomoya having to make the whole Dango Family for Nagisa - he had to make all 100 of them, from scratch, because doing otherwise would ruin the point of the Dango family - they all have to be together.

Then Tomoya goes and forgets the whole damn thing and

for once, an actual spoiler:
because Ushio's birth kills Nagisa completely abandons Ushio and has her raised by Nagisa's parents, turning to alcohol and smoking and justifying this by the fact his own father abandoned him, and only comes to his senses when his grandmother drills it into his head that his father actually gave a damn about him. Then Ushio, lonely for six years, finally reconciles with her dad, and Ushio comes to grow up with the Big Dango Family like dear old mom did, learning the importance of family.

Then finally when Tomoya thinks he's found his happiness Ushio becomes sick and dies in the snow, telling her dad she loves him; shortly after for her dad to die alongside her.

Then in the Illusionary World Ushio sacrifices her soul to send her dad back and save themselves and he does and Ushio is finally born without Nagisa dying and to commemorate the event they sing the Big Dango Family song...

Not something worth parodying.
Psycho↑ ↓

Plus, if you REALLY want to use this song, put more effort in it. All I see what you did is changing "dango" to "UTAU". If you call that "parody", then changing the age in an utauloid's version of Daughter of Evil should be called a parody as well?
zin

eh i didn't even want to follow though with this, if i was then i whould put more work in to in instead of replacing dango with utau...

also i haven't got pass episode 5 of clannad (and since i dont really keep my place i think i am just going to start over) so i do not know the meaning of this song yet.

if this sounded rude sorry...