You are not connected. Please login or register
+2
LupinAKAFlashTH2
Darkkira1332
6 posters

How good is he? (Pls Watch the Youtube Vid)

Brief Physical Description:Simple Muscular Build.
Personality:Quite and Cold towards others but has a kind heart
History/Backstory:He tried to become a Vocaloid in the past but a certain event made him decide to quit, He's Two types of names help him hide his true identity, He Hates Annoyance and Loves Quite places with few people(or possibly no people) around. He acts Cold towards others but respects the Utauloids as His brothers and sisters. His inlove with Miku Hatsune but the huge gap between Vocaloids And Utauloids is the biggest obstacle between them. His Utauloid Name Badly translate as "Dark Lonely Sound" Although his debut song is the song "Melt".Loves To eat(alot).

Real Story: Kira(not his real human name) was a human who was an infamous assasin at the young age of 12, yet, he was ambushed by an unknown Group. Causing him to get Critical injuries. He was bought to a Hospital, but he died. Two doctors Hira Kusaragi and Kiru Toharu was interested at his abilities and revive him as a Cyborg and named him DX-0603. They are working for an organization called "Aegis".Yet 2 years of development DX-0603 got a bug, Causing him to lose all of his memories and even emotions. Two months later, He was complete, yet still lacking human emotions. but the president was happy about it, because DX-0603 can't feel mercy and pity, thus used as a Human-killing machine. Then at the age of 15 he was sent to mission to terminate the Vocaloid Miku Hatsune and anyone who are going to be a candidate to be a Vocaloid. He was registered to an unknown name and joined the auditions to be a Vocaloid. During that time he have killed 15 of the possible Vocaloid candidates. Few months later A-na was created but the same doctors who made DX-0603. But A-na has emotions and when they met, she actually removed the bug of DX-0603 which he regain his human emotions, but not his memories, A-na was also responsible for DX-0603 to have a name, "Kira" and also she gave kira a Charm that can be split into two. Seeing this the leader of Aegis was not happy about it so they decided to shut A-na down with out Kira knowing. He was sent back to Kill The Kagamine twins and Miku Hatsune, During that time Len Kagamine got a problem with his voice which is a huge problem to him and it might cause him to lose the audition. Kira, for the first time felt "mercy" and gave the charm to the twins. then they became friends, then when they are called to meet up with Miku Hatsune, Kira Felt "love" (yep you read it right), He fell for Miku Hatsune, And then thats the time he realized that he is doing something wrong. So he quit his mission and then he was banned as a traitor of the organization. After that he dissapeared with out a trace, two years later, at December 26, He starts to appear slowly. Later he was found with the the Kyoshiro family, who adopted him as member of the family and made him take school as a normal student. When Miku Hatsune was Singing in a live concert, Kira decided to protect her. thus he looked for one person who can help him :Teto Kasane, she helped Kira to become an Utauloid as Kira Hitorine. As for today, Kira is still watching Miku from the sidelines, without her realizing.
Voicebank Link:http://www.mediafire.com/?91fk2qu7fubha37
Wikia Entry Link: http://utau.wikia.com/wiki/Kira_Hitorine 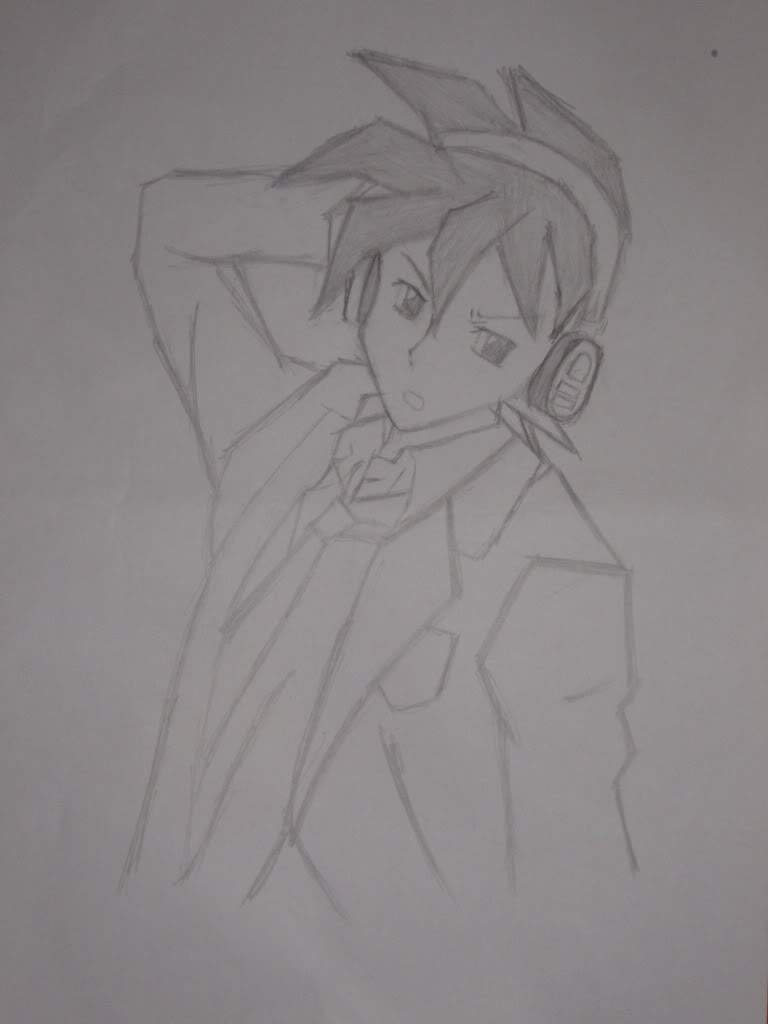 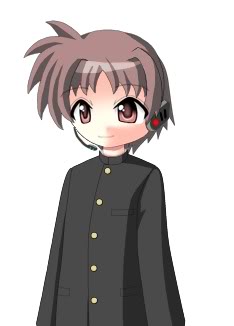 
Not yet Finished for the time bieng.

You wanna know what the design reminds me of?
Sin and Punishment.
THAT SERIES IS AMAZING.
Can't wait to see a more... official looking design, and I like his voice- but I think you should have chosen a different song or should have lowered the pitch by an octave. (That's 12 notes including sharps/flats in UTAU- the black keys on the piano roll)
Darkkira1332

LupinAKAFlashTH2 wrote:You wanna know what the design reminds me of?
Sin and Punishment.
THAT SERIES IS AMAZING.
Can't wait to see a more... official looking design, and I like his voice- but I think you should have chosen a different song or should have lowered the pitch by an octave. (That's 12 notes including sharps/flats in UTAU- the black keys on the piano roll)

Actually I choose melt because it's the only UST I have that time, His New design is not yet complete (One for Human Mode and one For Utauloid Mode).
Crossfrown

Anyways, awesome voice, could use a better OTO, sounds a bit too high for 17. 15-16 would be more reasonable.
Darkkira1332

Okay I'll try, I did not lower his voice at that time. I'm making another one that I lowered his voice...well It'll take a little bit of time though.
Sugarsheba

Can you link me to the anime char. generator please? I've been searching for it on the web forever.
Yanyu

Haha, He's cute~<3 BUT REALLY 17?!? Wow~! He could do with some improvements but he's pretty good up to now~!
Sugarsheba

Can you link me to the anime char. generator please? I've been searching for it on the web forever.