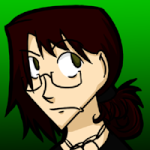 1. Kosuke appears to be making little popping noises at the beginnings of some notes. At the same time, some of the notes sound like they get warped a little by digital noise, which, judging by a few trials, seems to change a little when I make a new voice clip of the syllable.

2. Any general tips for smoothing the end of one syllable into the beginning of the next? It sounds rather choppy, and while some of that's a given (being a digital voice) it seems like it could be improved upon.

3. Is there a way to tune down the amount of synthetic-sounding noise just a bit? If not, that's fine, but I've gotten a bit of critique from another guy (who admittedly doesn't know what he's talking about) and so I had to wonder. Granted, if I can fix the odd warping in #1, that'll probably be more than enough for this.

1. Mic puffs and breath leak perhaps...Try recording with a sock over your mic.

There is a button that has P2P3 on it, select your notes and click on that button. That should fix the choppy-ness. An oto.ini can help with the crossfading. Also, the r sounds sound too english. Maybe you should try l's instead.
hello8bit

What the above two said. Fitting the UST to the UTAU, Enveloping, and VCVs. You should also string notes together if they aren't already. Otherwise.. I am not sure of any other methods.
Syldoran

Yeah, seems fitting it and using some vibrato and such are helping. Thanks~
KYOURYUU 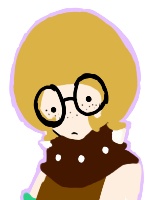 I'm having a hard time smoothing my UTAU's voice, too
ALthough with mine, it was just a result of bad recording. xD And, seeing as how I'm WAY too lazy to re-record with my new mic, mine will probably just stay bad. I love her voice, it's cute.
Syldoran

Heh, I had to record my voicebank three times--once for the original, then two more times while I was troubleshooting and trying to figure out why things sounded weird. I can see why you wouldn't want to do it again even for better results. x__x
Syldoran

(I'm trying not to spam this forum with new threads EVERY TIME I have a question.)

I've been editing my voicebank as of late and I've almost got it right. I'll rerecord a syllable to get rid of the odd scratchy/digital noise, then test it. When I used a Magnet UST, I could tell it changed, and the same with the Matryoshka one. The syllables were smooth like they were supposed to be. However, some of my USTs won't register the change and still play the syllable with the screechy noise. Is there a particular reason for this?
Sponsored content